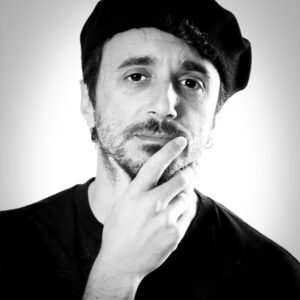 For a while now, LEON has been making huge waves in the house music scene. With support from the likes of Carl Cox, Marco Carola, and LOCO DICE, there is no question why Leon has played at some of the best clubs in the world like Amnesia Ibiza, Cielo NY, Space Miami, Fabric London, Rex Paris, Dc10 Ibiza, In 2000, Leon started his own record label D-Floor Records all while touring the world and securing a residency for Music On Ibiza. So far in 2015, Leon closed The BPM Festival with a b2b set with Marco Carola, performed at Ultra Music Festival Buenos Aires, and has a forthcoming track on Relief, Saved and Viva Music…

Born and raised in Italy Leon’s obsession with house music started at a young age after discovering the music of Danny Tenaglia, Todd Terry & Laurent Garnier, something he still regards as a major influence on his sound to this day. Djing in Italy from a young age would inevitably lead to production for someone of Leon’s ability. At the age of 23 he took his first steps in the production world. However rather than rush things he knew he needed to hone his talents. 3 years of hard work later and he is starting to bear the fruits of this work, and starting to show the world that he means business!

From the 2012 (the beginning) Leon is a new artist of Marco Carola Crew and Party called Music On, he played every Music On show around the world and regular residency in ibiza friday night at amnesia and resident of one of the best club in the world Cocoricò in Italy.

Played regularity in huge festival like Sunwaves Romania and Sonus Croatia, 2017 was a great year with a lot success like two times top 3 on Beatport include a remake of Renegade Master classic’s tune.