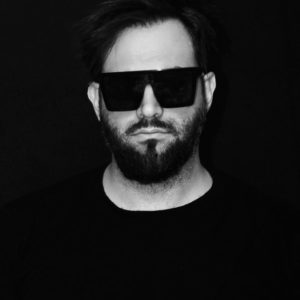 Mihalis Safras is the Greek DJ/producer sensation that has – over the course of an illustrious career – forged a name for himself as one of the most hard-working and consistently brilliant electronic artists in the world.

An Ibiza DJAward-winner, Mihalis is one of the most charted tech house artist of all time on Beatport and Resident Advisor, releasing on a slew of leading labels including Relief, Sola, Hot Creations, Different and of course his own Material imprint. A ferociously dedicated producer and vinyl-championing DJ, Mihalis is a true electronic warrior.

Significant milestones in his career include remixing Marco Carola – one of the very few artists every to have officially done so – with his interpretation of Play It Loud hitting Beatport top spot after only a few days and going on to be one of the biggest records of 2016. More recently, Mihalis has formed a unique bond with dance music pioneer Green Velvet. To date they have collaborated on no fewer than seven records – including Discogirl, Microwave and Speak To Me – with their eight due for release late 2019.

In addition to being a real DJs DJ – there are few other tech house artists charted as regularly by their peers as Mihalis – he’s firm fan favourite, to date having clocked up an impressive ten million streams on Spotify, and regularly packing clubs from London to Ibiza and beyond.

Currently working on his third studio album and touring the global festival circuit at EDC, Creamfields, BPM and more, Mihalis’s will continue to pursue his love of musical creation and performance for the foreseeable future. For the sake of ravers around the world, long may his passion continue.