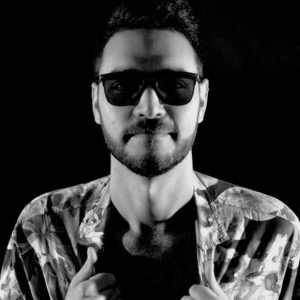 Interacting with people by telling them a story made of music, behind two turntables, has always been his distinctive feature. Big passion, refined style and maniacal attention for every detail, are the values that have always characterised Luca Donzelli, even when, only twenty years old, he made his first steps in the world of clubbing.

Thanks to his engaging sets and to the originality of his ideas, he succeeded to make himself appreciate in the Tuscany’s music scenary since he was really young. In the following years he became resident DJ of some local clubs and, thanks to his dedication to the job, “the bet” turned into a real talent! The next step came when he made music production as his workhorse. In fact, tracks like “Bottle Of Truth”, “ Danzen Appeal”, “Burn That Gasoline” and “Daemonesque” that promote him worldwide, bringing him shortly to cooperate with more and more important labels, as Titbit Music or Wow! Recordings.

Here started a big collaboration with Mar-T, Wow label’s chief, and his crew. A high cooperation that brings Luca, with his amazing studio ideas, to big important international music stages like the Sonar Week in Barcelona. His fascinating style behind the consolle and the success of his music works, played and supported by the best DJs in the world, make us understand that these are just a few of the big surprises that this talented artist is keeping for the international electronic scenery.

Summer 2014 was a big step for Luca. Playing in Amnesia Ibiza Opening party, again in Sonar Off for the third time, gig in Tini Soundgarden (Cecina, Italy) and for the official After Party of Amnesia Closing Party for more than 3,000 people! From September 2014, Luca starts a new adventure managing Wow! Recordings, label of Mar-T, where he released some of his bests tracks!

2015 is the year of many new features in the musical field. His debut in London at EGG, then Cocobeach in Paris, and final bomb for the summer, his residency in the new Loco Dice’s party at Amnesia: HYTE.

Big satisfaction comes also from music, making releases in some of the most important labels of the globe, such as “This and That”, label of Davide Squillace, and Hot Creations label Jamie Jones, remixing the song “Going Back” from “Love Somebody” album by Popof.