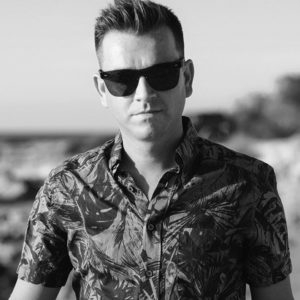 Mar-T’s career started in the mid-Ninteties and, after a steady evolution, exploded in 2011 with the “I WANT MY MTV” parties he hosted at Amnesia, in the main room together with Layo & Bushwacka! and guest DJs. He was presented the same year with the prestigious “Best Resident of the Year” trophy at the Ibiza DJ Awards.

Mar-T has most notably released on cult imprints Hot Creations, Cocoon recordings, Get Physical, This and That, Yoshitoshi, Moon Harbour, 8Bit and Saved Music, as well as on his own label Wow! Recordings. He also has many remixes under his belt, from Gorgon City’s “Smile” (in collaboration with Luca Donzelli) to his memorable remix with Betoko of Mark Knight & Funkagenda’s “Man With The Red Face” or, more recently, UMEK’s “Shadow Tactics”.

Despite his busy performance agenda, Mar-T is a prolific artist currently working on numerous projects. He is notably planning to release soon on iVAV Records, sister label of VIVA Music, and on Viva Limited in January.