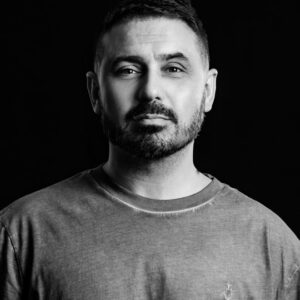 Seb Zito is at the heart of the global underground. He has lived and experienced all the key musical movements of the last 30 years, from sweaty raves to pirate radio, US garage and UK house, to classy European minimal and sleek modern techno.

He now distills them into his own tastefully eclectic sets and signature garage infused techno sound at the world’s foremost clubs and festivals. He is open minded in what he plays and how he plays it, and his own Seven Dials label represents everything that’s great about contemporary electronic music.
Zito has played the darkest basements and the biggest festival stages. He was one of the original Fuse Residents who helped redefine the London scene and has since gone on to become an international resident at Space, Miami, with regular appearances already booked throughout 2023. He’s curated his own nights at Fabric, played WHP Manchester and at Studio 338 London, left indelible marks in Ibiza with standout sets at DC10, on the Amnesia Terrace, for Pyramid and up in the hills at Cova Santa while being a regular guest at Elrow all over the world. “My aim is to make people dance with tracks that go off on the floor,” he says, “but with a sprinkle of those emotional moments that bring out those special feelings.”
In the studio, he is just as hard to pin down, though his music is always characterised by its irresistible sense of groove. It has kept Seb right at the forefront and taken him to influential labels like Hot Creations, Eastenderz, Cuttin Headz, Knee Deep In Sound, FUSE and Do Not Sleep. His greatest artistic statement came with 2021’s Truth In My Steps album on Edible, which won Mixmag and Ibiza Spotlight’s Album of the Year, while BBC Radio 1 are frequent champions of his tunes. 2023 will bring a much anticipated remix of a Todd Edwards classic on Defected as well as more new music on Seven Dials, which is already a bastion of cultured club cuts with much more to come from Skream, Darius Syrossian and Max Chapman.

As his unpredictable debut album proved, Zito likes to push outside his comfort zone and subvert expectations. While he continues to draw on the music that has always soundtracked his life, he does it with his own sense of style.